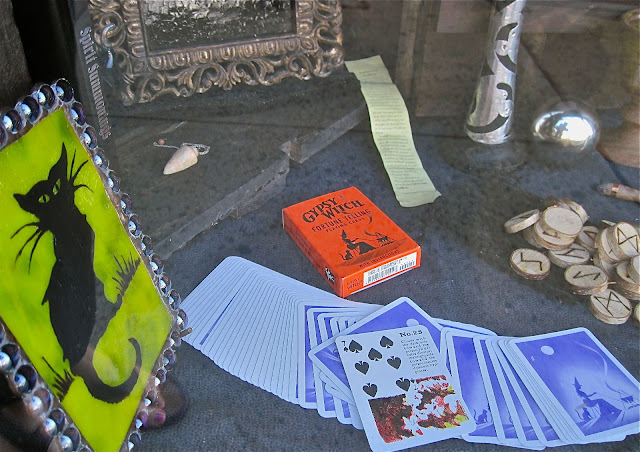 What's that you have up your sleeve?

Members of the Valley Arts Council have plenty up their sleeves as they prepare for the Oct. 13 opening of “Magic & Mysticism: The Art of Believing.” 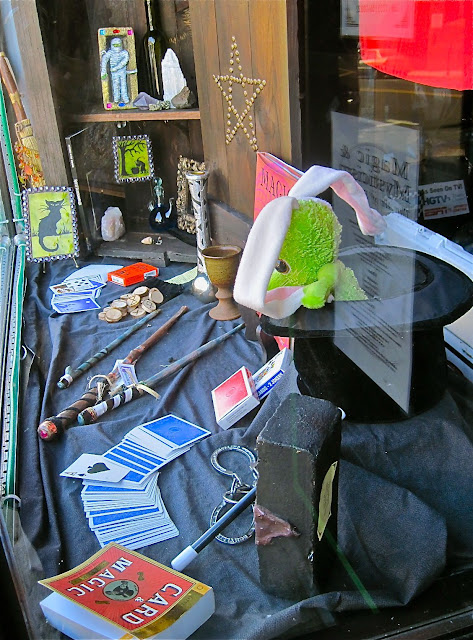 DERBY - The Derby Public Library invites young adults ages 11 to 17 to an autumn Drawing Workshop to be held from 4-5 p.m. each Thursday in October.
Valley Arts Council President Richard DiCarlo guides attendees through various types of drawing and all levels of capability are welcome.
Registration is requested.
For information, stop by the Library at 313 Elizabeth St., call 203-736-1482, or visit www.derbypubliclibrary.org.
Posted by Patti at 10:55 AM 1 comment:

So it's time to get out your paintbrushes, paints, pens, pencils, paper, photography equipment, and whatever else you may use to create - and start creating!
Posted by Patti at 5:05 PM No comments:

'Magic & Mysticism' will be in spotlight for Oct. 13 art show

DERBY - The Valley Arts Council will host its newest art show and sale, entitled “Magic & Mysticism: The Art of Believing,” beginning with an opening reception Oct. 13, from 6-9 p.m.
The event will be held at Gallery@37, 37 Elizabeth St. The public is invited.
The show runs from Oct. 13 through Nov. 3.

Artists who are members of the Valley Arts Council will display works-for-sale inspired by a variety of magical themes, from stage magic and the art of illusion, to the magic and mysticism integral to many of the world’s long-established and more recently emerged religious traditions.

Gallery visitors may even find art inspired by the sorts of magic conjured up by the entertainment industries, such as might be found in popular fiction, films, and video games.

The celebrity guest judge for the show will be the inimitable Rose Red, an experienced tarot card reader and very magical lady.
She will also do tarot card readings for interested gallery visitors on opening night, at a special event rate of just $15 for 15 minutes or $25 for 30 minutes.

Visit the Valley Arts Council online at www.valleyartscouncil.org.
Follow the latest Gallery@37 news and event postings on Facebook at www.facebook.com/galleryat37.

Call to artists! Our next show is Oct. 13

She said in a post on Facebook: "Gallery@37 is pleased to announce the theme for the next show. The theme will be Magic & Mysticism. The opening will be Oct. 13, 2012. More details to follow."

Scharfenberg also said:
"Magic may refer to: Magic (illusion), the art of appearing to perform supernatural feats using sleight of hand or other methods;
Magic (paranormal), the use of paranormal methods to manipulate natural forces, such as witchcraft;
Ceremonial magic, a ritual system of esoteric spiritual development using occult techniques;
Magick, a specific system of ritual magic deriving from the religious philosophy of Thelema;
Magic and religion, which may involve the intercession of deities or other spirits, such as prayer;
Magic in fiction, the treatment of magic in fictional works.

"Magic (sometimes referred to as stage magic to distinguish it from paranormal or ritual magic) is a performing art that entertains audiences by staging tricks or creating illusions of seemingly impossible[1] or supernatural[2] feats using natural means. These feats are called magic tricks, effects, or illusions.

"Mysticism ( pronunciation (help·info); from the Greek μυστικός, mystikos, meaning 'an initiate') is the knowledge of, and especially the personal experience of, states of consciousness, or levels of being, or aspects of reality, beyond normal human perception, including experience of and even communion with a supreme being."
Posted by Patti at 10:57 AM No comments:

Re-posting a reminder: Benefit is this Saturday 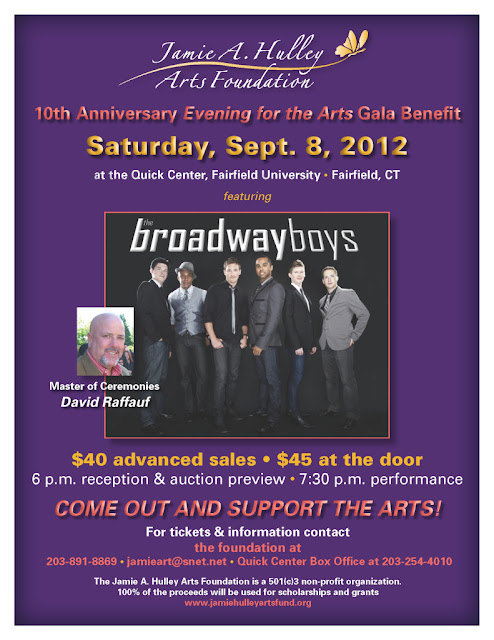 This event featuring Broadway tunes, a reception, and more promises to be a fun night out.
Posted by Patti at 3:26 PM No comments:

Arts council works in the community 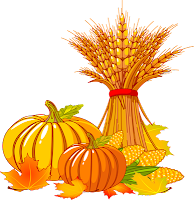 ANSONIA - It may still be summer, but members of the Cultural Commission are busy preparing for an onslaught of scarecrows, pumpkins, hay bales, mums, and more on Main Street.

That's because the city's Harvest Festival is only a month away.
The ninth annual event will be held from 10 a.m.- 4 p.m. Oct. 6 along Main Street. Rain date is Oct. 13.
There will be a lot of new arts and crafts vendors along with the "old reliables" who have participated since the festival began, Cultural Commission chairwoman Judy Nicolari said.

"This year we've added a new attraction featuring Chris Clark who will be showing  the audiences fantastic stunts on his bicycle," she said. "It's an act not to be missed."
The time and location for Clark's performance will be announced at a later date, Nicolari said.

A scarecrow-making contest will also be held. The contest is open to all who register their scarecrows with the Valley Arts Council at its booth, Nicolari said. Winners will be based on workmanship and skill effort.

There will be a pumpkin-carving contest held in the Ansonia school system. Participants are asked to bring their carved pumpkins to Veterans Park next to City Hall by 12:30 p.m. at the latest for judging by the Valley Arts Council.

There also will be music performances on two stages throughout the day.  Programs will be available at the festival listing the scheduled times for all the performances.

A classic car show will take place on Bridge Street, and amusement rides will be set up behind the River Valley Baptist Church.
A free moon walk bounce for kids will be provided by TEAM, Inc. throughout the day.
A chalk drawing event, which was very popular last year, will again be held on Water Street. Chalk will be provided.

The above is taken from a press release from Judy Nicolari.